Lets In The Light But Not The Heat

V-KOOL is the amazingly CLEAR window film that lowers indoor temperatures improving overall comfort. This is possible because of our revolutionary heat reflection technology.

What Makes
V-KOOL So Amazing?

V-KOOL Is So Amazing It Comes With A Lifetime Guarantee!

V-KOOL performs so well and lasts so long that it comes with a Lifetime Guarantee. If your V-KOOL application fails in any way over its lifetime, you are guaranteed a replacement. 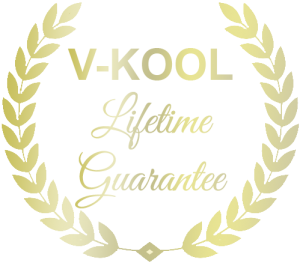 World’s largest Science & Technology magazine “Popular Science” voted Southwall Technologies V-KOOL as one of the top inventions of the millennium for its energy saving qualities.

Other top inventions with V-KOOL Technology include air-conditioning, Internet, plumbing, refrigerators, and computer, just to name a few.

V-KOOL is used by a large number of companies, businesses and organizations. It can be found on the Stanford University campus, the American Institute of Architect’s building in Washington, D.C. and Alltel Stadium, in Jacksonville, Florida.

V-KOOL is the product of major advances in surface and particle science and was originally developed for America’s space and defense programs.

It works through a patented process known as sputtering in which tiny particles of exotic metals are embedded in optically clear, durable polyester film.

These Top Businesses Depend On V-KOOL

Which Part Of Your Life Do You Want To V-KOOL?

Have A Question Or Need A Quick Quote?

Contact V-KOOL-USA today if you have a question or if you need a quick no-hassle quote for your specific residential or commercial application.